Conservation of the Western Spiny-tailed Skink (Egernia stokesii badia) is the overall aim of a research project at Curtin University. Researchers used light detecting and ranging technology (LiDAR) to recreate and analyse the woodland microhabitat of this endangered reptile species. 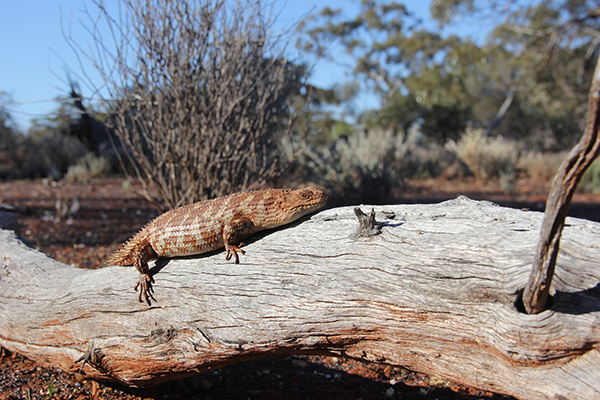 The Western Spiny-tailed Skink occurs mainly in open eucalypt woodlands and Acacia-dominated shrublands in WA’s central to northern wheatbelt. Once widely distributed, its population has declined, due mainly to clearing of potential habitat, but also through predation by native and feral animals.

Primary shelters are fallen trees, but human-created habitats such as abandoned buildings, piles of corrugated iron, building rubble and piles of railway sleepers can be part of the mix.

“To help with habitat restoration and replication, we sought to understand preferences – why, in choosing their homes, these lizards prefer some log “castles” over others.

“Our study showed that LiDAR technology, used in mining to map landforms, is an accurate 3D modelling tool that could be applied world-wide to help with animal conservation.

“We believe this is the first time LiDAR  has been used in this way – to help characterise the microhabitat requirements of a threatened species. 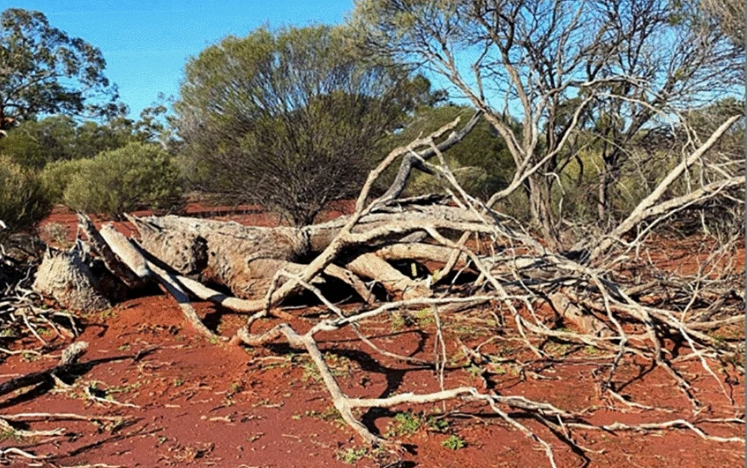 “Our research is helping to identify areas and habitat structures that are important for protection, as well as showing how to recreate the optimal wooden ‘castles’ during landscape restoration to help safeguard the future for the Western Spiny-tailed Skink,” Holly Bradley said.

“We identified that crows and ravens target these log castles and can become abundant around mining landfill sites,” Associate Professor Bateman said. “The skinks are also susceptible to harm from feral cats.

“For the ongoing survival of the endangered Western Spiny-tailed Skink, introduced predators must be managed and resources such as landfill sites around mining operations need to be managed to prevent native predators becoming too frequent.”

‘Revealing microhabitat requirements of an endangered specialist lizard with LiDAR‘

‘Predators in a mining landscape: targeting of a behaviourally unique, endangered lizard‘