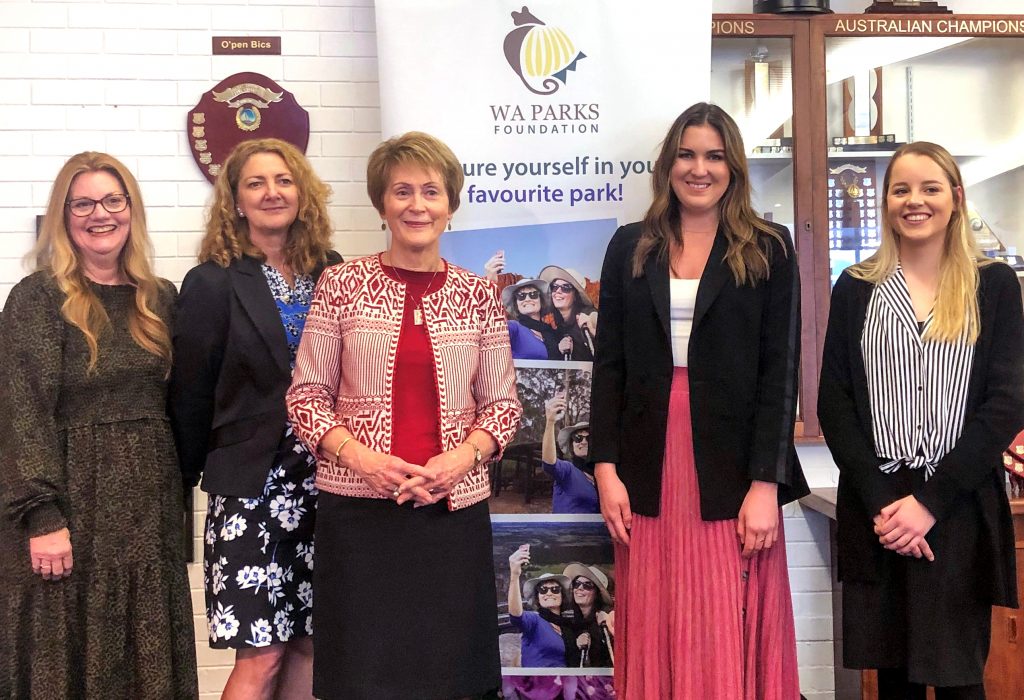 The Honourable Kerry Sanderson AC, Chair of the WA Parks Foundation, welcomed Directors, Park Ambassadors, supporters and members and provided an update on the Foundation’s accomplishments in its second full year of operations.

The Foundation would like to thank everyone who attended the 2019 Annual General Meeting.

Message from our Chair:

I am pleased that this year, which is the WA Parks Foundation’s third year of operation, has seen the progression of key projects to enhance our Parks and deepen our sense of connection to the natural environment. We have also welcomed new partners and continued to forge strong relationships with our Founding Partners.

A priority for the Foundation is the revitalisation plan for Western Australia’s first national park, John Forrest. Working in partnership with the Parks and Wildlife Service, Department of Biodiversity, Conservation and Attractions (DBCA), a business case has been completed for the development and enhancement of the park, with particular emphasis on a Visitor Centre in the Jane Brook precinct. This is another step along the way towards John Forrest becoming Western Australia’s Gateway National Park. 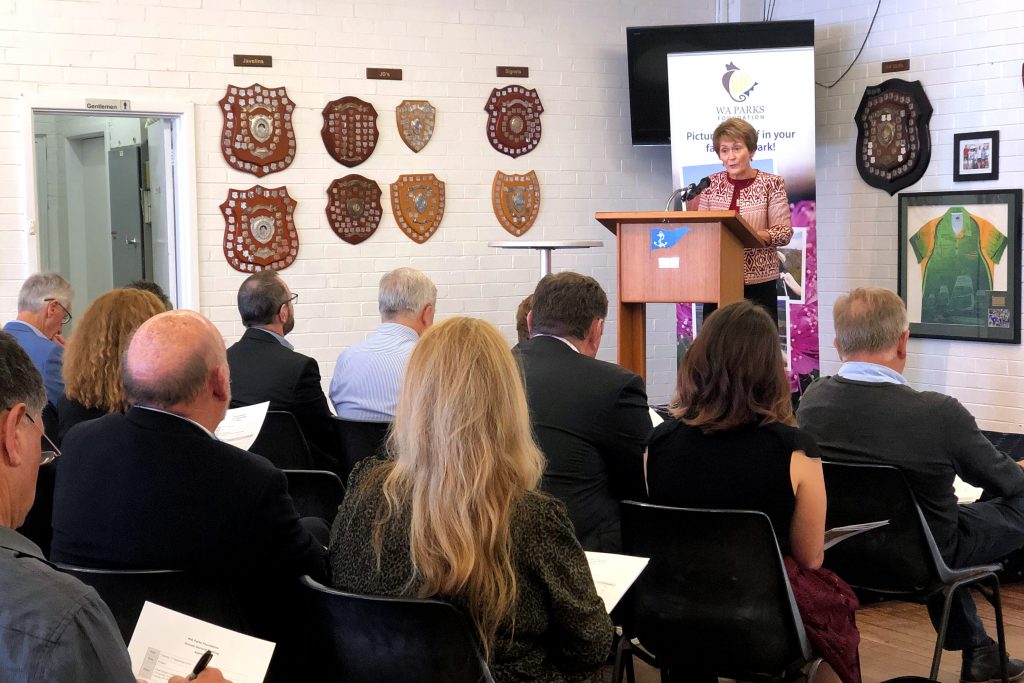 I am very pleased that Wesfarmers, our inaugural Founding Partner, has pledged to support the Foundation for a further two years, while our three Founding Partners, Chevron Australia, Fortescue Metals Group and Woodside Energy continue in their support of the Foundation and their commitment to the environment. I would also like to thank Lotterywest for the organisational grant received this year which has made so much difference to the operations of the Foundation.

I am looking forward to our first Spring into Parks full calendar of events. Spring into Parks, sponsored by Chevron, will bring our community into parks, build the connection to the natural environment and we hope also grow a sense of stewardship of our unique parks and conservation estate.

The first steps have been taken towards the construction of three new interpretation nodes in the Swan Canning Riverpark. Funded by one of our Founding Partners, Woodside, the nodes will provide the community the opportunity to pause, relax and contemplate the history and wonderful river environment we have on our urban doorstep.

Of particular delight this year, was my personal opportunity to test our first Smart Park maps in the beautiful and rugged Karijini National Park. The maps have been developed for use on smart phones and tablets and, once downloaded, can be used in remote areas without network coverage using your device’s built-in GPS. I welcome and thank BHP who recently committed to sponsor the Smart Map series for three years.

To all our Partners, Sponsors and Donors, thank you for your support. Your ongoing support has made the work of the Foundation possible.

I should also mention that the State Government’s Plan for our Parks is also very exciting.  The Plan will secure a further five million hectares of new national parks, marine parks and other conservation reserves over the next five years, seeing the conservation estate increased by over 20 per cent. This expansion makes the Foundation’s role working in partnership for the conservation and celebration of our natural areas even more critical over the coming years.

I’d like to express my sincere appreciation and gratitude to our Board and Committee members, our staff, Parks Ambassadors and our members, donors, supporters and volunteers who have all contributed to the Foundation this year. In particular, I’d like to thank Griffin Longley, CEO of Nature Play WA and Mike Wood, Chair of the Bibbulmun Track Foundation, both founding Directors of the Foundation and both no longer continuing in those roles after September 2019 because of work commitments, for their contribution in both the planning and the operations of the WA Parks Foundation.

A sincere thank you and welcome to the Hon. Kim Beazley AC, Governor of Western Australia, who has agreed to be Patron of the WA Parks Foundation.

Conserving our natural environment and associated ecosystems, benefits our physical and mental wellbeing, and costs money. Your continued support is needed to continue to protect and conserve our Parks.