Entries are also open for another iconic riding event, the 2019 Cape to Cape which takes place from 17 to 20 October.

The Cape to Cape, established over a decade ago, is an exhilarating mountain bike stage race that starts at the Cape Leeuwin Lighthouse in Augusta and finishes four days later at Margaret River’s Colonial Brewery. 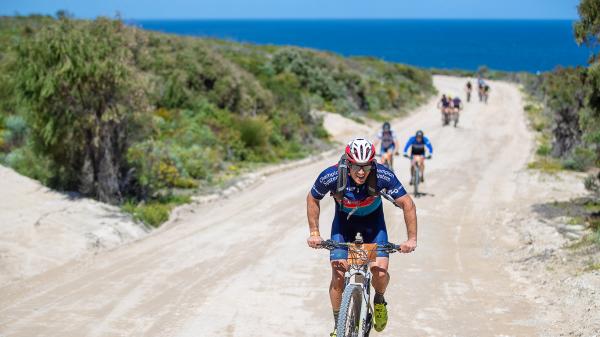 The course makes its way through a network of trails along the coast, through national parks, forest and farmlands, mountain bike parks and bush. Each day’s riding is between 45 and 65km, with a range of riding terrain.

For those preferring to hike, the Cape to Cape Track runs for 123 kilometres along the Leeuwin-Naturaliste Ridge, between the lighthouses of Cape Naturaliste and Cape Leeuwin.
Designed to bring people in close contact with the environment, it features spectacular coastal and forest scenery, a fascinating geology of cliffs, caves, headlands and rock formations and an ever-changing display of vegetation and wildflowers.

Although mainly following the coast, there are several inland loops taking in some sheltered woodland sections as well as the magnificent Boranup karri forest.