A 10-year management plan for the Wheatbelt’s parks and reserves has been released recently by the WA Government. 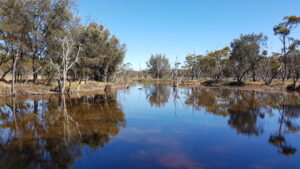 Toolibin Lake is in the Narrogin Shire

The plan covers specific parks and reserves located across 48 local government authorities totalling more than 1,118,168 hectares, from Dalwallinu in the north to Cranbrook in the south, and from Victoria Plains in the west to Yilgarn and the State Barrier Fence in the east.

It protects a high number of species of conservation significance as well as Lake Bryde and Toolibin Lake threatened ecological communities, the latter of which is also a wetland of international importance under the Ramsar Convention.

A copy of the plan is available here.