Manjimup’s status as one of the world’s most successful producers of black truffles will be celebrated at the three-day Truffle Kerfuffle festival on 21-23 June.

The cool climate and nutrient rich, loam soils of this region in Western Australia’s south west have proved to be ideal for growing black truffles.  Since the first harvest of commercial plantings in 2003, Manjimup has become one of the world’s largest producers of the highly valued Superior Périgord variety.

The Manjimup Shire is about 3.5 hours’ drive from Perth and 2 hours’ from Margaret River. The lower south west region has several impressive national parks and reserves which are rich in natural features, flora and fauna.

The Shannon National Park, including the Shannon River catchment system, is home to some of Western Australia’s most magnificent karri forest. D’Entrecasteaux National Park which stretches along the south coast between Augusta and Walpole is another important conservation area of great beauty and interest.

Three karri tree lookout towers in the Pemberton area are open to the public to experience the challenge of the climb and to take in the views. 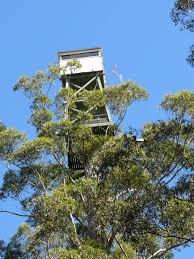 The Gloucester Tree in the Gloucester National Park was chosen as a fire lookout in 1947. It was named in honour of the then Governor-General of Australia, His Royal Highness the Duke of Gloucester, who was visiting Pemberton as the lookout was being built. Today, visitors can climb 53m to the lookout structure to see one of the most spectacular views of the karri forest.

The Dave Evans Bicentennial Tree in the Warren National Park is a 15-minute drive from the Pemberton township. Its lookout was first pegged in 1988 as part of Australia’s bicentennial celebrations. At 75m above the ground, it is the tallest with a 360-degree view of old growth karri forest.

The Diamond Tree between Manjimup and Pemberton is over 50m tall, and features a wooden cabin built and used as a fire lookout tower from 1941 to 1974. It is the world’s only wooden tree top tower.