A humpback whale calf disentanglement was accomplished by a Parks and Wildlife Service specialist team in the Ngari Capes Marine Park near Busselton.

DBCA staff at the Busselton office were contacted by a local fisher who had spotted a humpback calf entangled in ropes and floats. The calf was approximately five nautical miles offshore from Forrest Beach and tethered to the seafloor.

A mature 15m humpback (presumed to be the calf’s mother) stayed close by and occasionally assisted the calf to the surface to breathe. 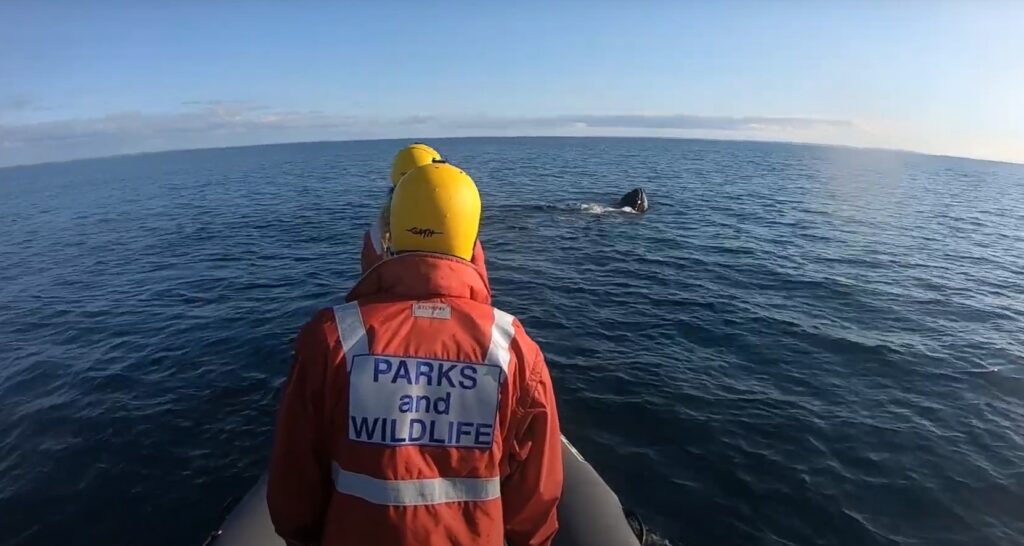 Ropes secured to the sea floor were wrapped around the calf’s peduncle and tail fluke.

These ropes were taut, holding the calf in one place just below the surface. There was also a line to the surface with two floats.

After assessing the entanglement and the mature humpback’s behaviour, the disentanglement team led by marine park coordinator Steve Mills, and assisted by Eden Baxter, Ian Anderson, Dave Lierich and Russell Walters, was able to free the calf.

Well done to this team for a great rescue effort. 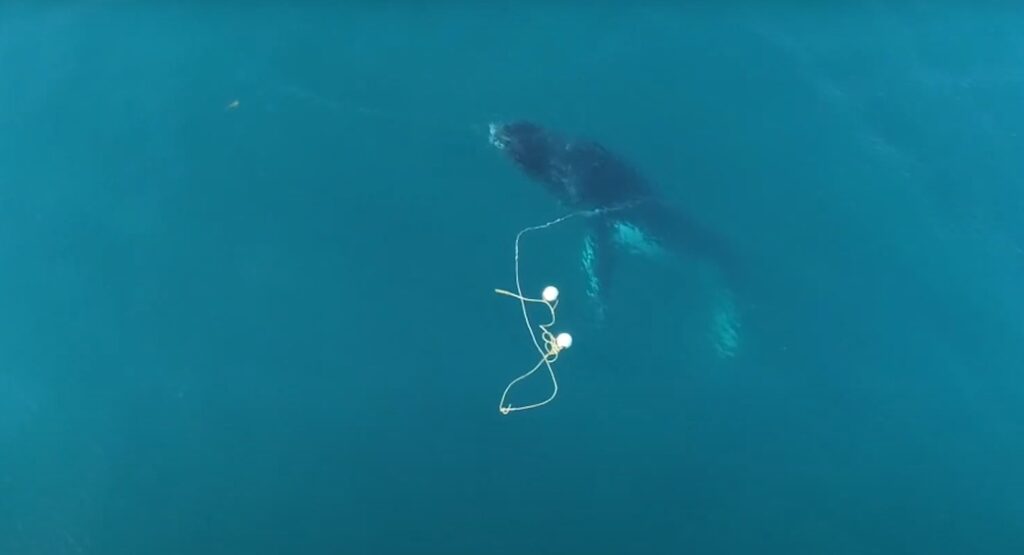 There are whale disentanglement teams located across the State, from as far north as Broome to Esperance in the south with support from the Department of Primary Industries and Regional Development and the Department of Transport. In 2019-20, there were 25 reports of whales entangled in fishing gear off WA. The Department deployed a satellite tracking tag on six occasions and successfully completed disentanglement operations on five occasions.

To report entangled whale sightings, call the Wildcare Helpline on 9474 9055

View the uplifting video here or below.