Festival time in the Top End

The vibrant, living culture of the Ngarinyin, Worrorra and Wunambal peoples will be on show at the Mowanjum Festival near Derby on 12 July.

This event, now in its nineteenth year, is one of the nation’s largest and longest established Aboriginal festivals. Its outstanding displays of dancing, didgeridoo playing and other traditional arts such as boab nut carving and ochre painting attract visitors in large numbers from throughout Australia and overseas. 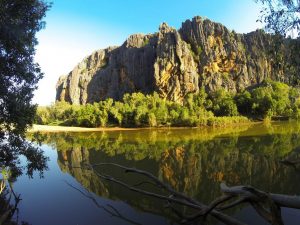 Dancers from Balgo (located on the northern tip of the Gibson Desert) will be guest performers at this year’s event. Another addition will be traditional bush medicine workshops conducted by the ‘Yiriman Project’, which will provide an opportunity for guests to learn from Indigenous practitioners about ancient healing techniques.

The festival will take place at the Mowanjum Art and Cultural Centre, 12 kilometres from Derby on the Gibb River Road, from 2 pm. It coincides with the wider Derby Boab Festival which runs from 5 to 16 July.

For any visitor to the Kimberley, the opportunities for unique and inspiring experiences abound.  Touring in one of the world’s least-populated regions offers dramatic coastlines, breathtaking landscapes in its wilderness areas such as World Heritage-listed Purnululu National Park, the thundering waterfalls of the Mitchell River National Park, stunning gorges such as those at Windjana and Geike Gorge national parks and the ancient cave system of the Tunnel Creek National Park. And there is so much more. 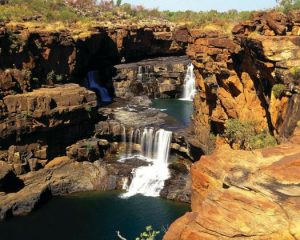 Weatherwise, this time of the year (middle of the dry season) is a great time to visit. The wide-open spaces and warm climate of the Kimberley and Pilbara regions make them ideal destinations for caravan and camping holidays. However, some roads are not suitable for towing a caravan and there are camping restrictions in certain areas. It is recommended that you contact local visitor centres and Main Roads Western Australia to get an update on local road conditions.

Coming up a little later in the year (7- 15 September) is the very popular Shinju Matsuri 2019 which encapsulates the essence of multi-cultural Broome and the surrounding areas of the Kimberley region.  This long established and much-loved festival celebrates the lively and rich heritage of this gateway to the Kimberley with a fantastic program of events featuring the arts, culinary experiences, community and cultural offerings. 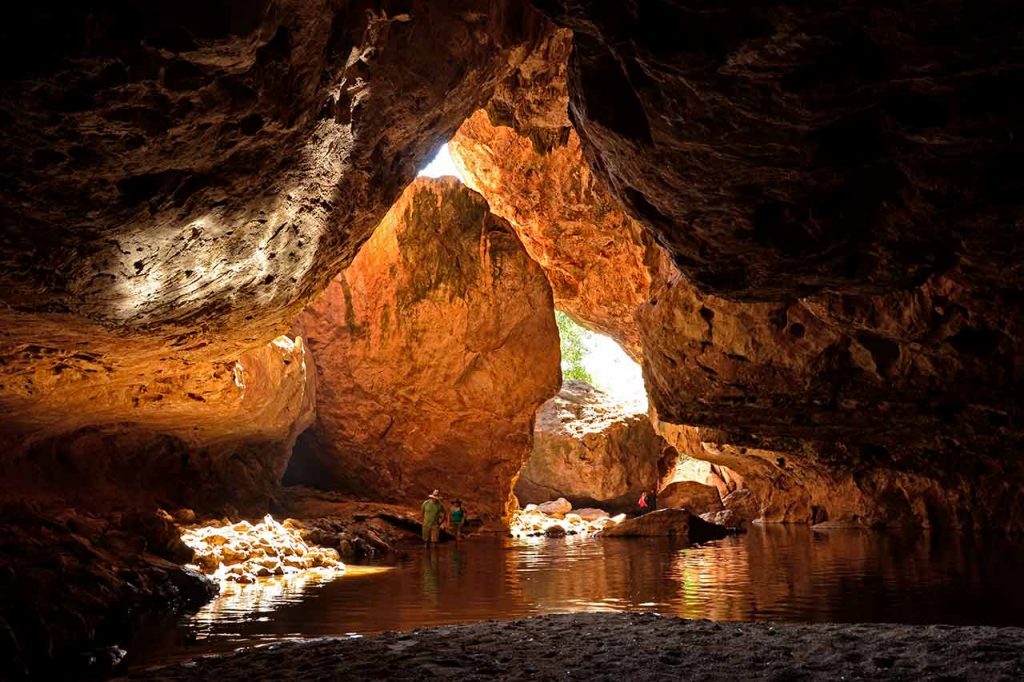 📸: Tunnel Creek National Park  is located about 180 km east of Derby in the Napier Range and covers an area of 91 hectares (220 acres). The range is composed of limestone and is the remains of a Devonian reef system formed around 350 million years ago.

The cave reaches a maximum height of 12 m (39 ft) and has a maximum width of 15 m (49 ft). The creek was once known as “The Cave of the Bats” with at least five species of bat inhabiting the cavern. There are large pools of water on the floor of the cave in which freshwater crocodiles have been found. The pools indicate that the water table is only just below the present floor surface and water only flows through the area after heavy rainfall.