Murujuga is home to one of the largest, most significant and diverse collections of petroglyphs in the world. Photo credit: Murujuga Aboriginal Corporation

A proposed amendment to the Murujuga National Park Management Plan, aimed at improving access to one of Western Australia’s most culturally significant areas, is now open for public comment.

Murujuga, in the Pilbara, is home to one of the largest and most diverse collections of rock art (petroglyphs) in the world. Its more than one million images capture at least 47,000 years of human existence and provide an archaeological record of traditional use of the area. 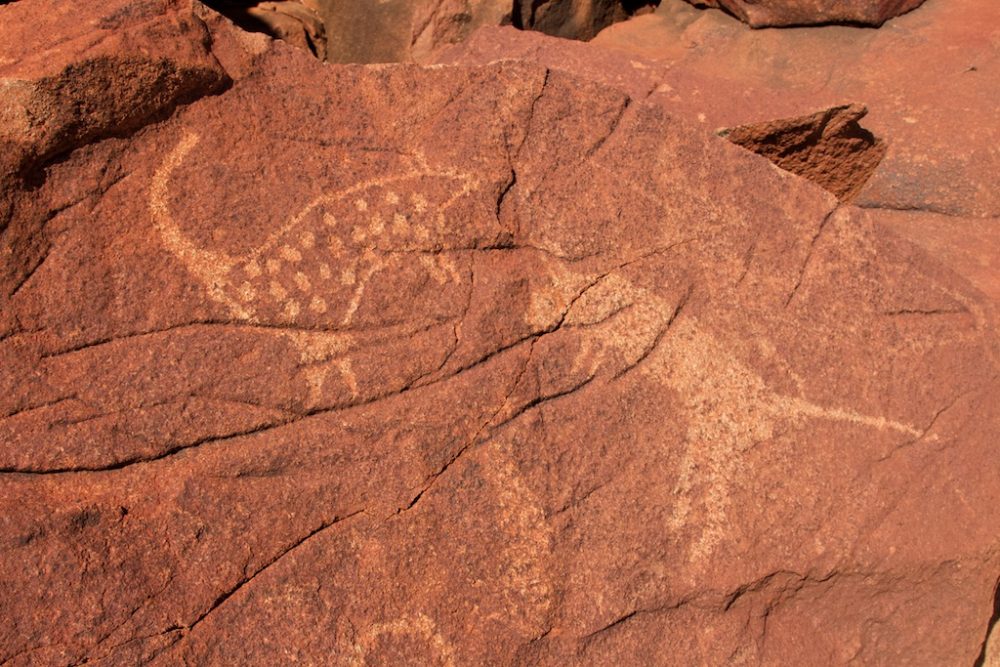 The proposed amendment will allow for the construction of a new access road to Conzinc Bay, in the northern part of Murujuga National Park, where visitor facilities will be built. Currently, access is only available by four-wheel drive over very rough terrain.

The amendment was prepared by the Murujuga Aboriginal Corporation and Department of Biodiversity, Conservation and Attractions as joint managers of the national park. It includes measures to manage and mitigate any potential environmental and cultural risks associated with the construction of the access road and visitor infrastructure, including national and potential World Heritage values.

A Murujuga Living Knowledge Centre to interpret rock art and support cultural tourism activities for visitors to the region is part of the tourism precinct planning, and two sites in the northern part of the park have been identified for visitor infrastructure for day-use and recreation activities, including fishing and swimming.

A two-month period of public comment will allow interested Western Australians to have their say. Feedback can be provided at Have your say – Parks and Wildlife Service (dpaw.wa.gov.au)