Inspirational support for our migratory shorebirds

Each year, millions of shorebirds fly to Australia and New Zealand from their breeding grounds in the tundra of Russia and Alaska. After six months resting on our warmer shores and building up their bodyweight, they head north again to take advantage of the brief but bountiful Arctic summer to mate, lay eggs and hatch their young.

The route taken is called the East-Asian Australasian Flyway. For the 36 migratory species, this involves a round journey of up to 25,000 km every year of their adult lives. 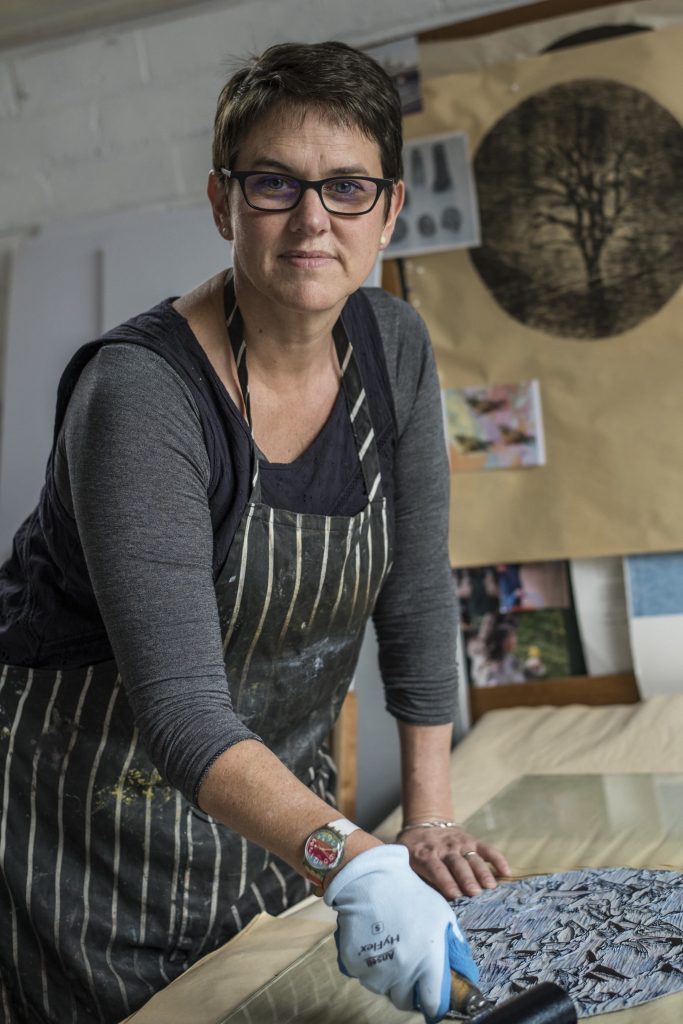 The epic migration is the inspiration for the Overwintering Project, an environmental art endeavour originated by Melbourne-based printmaker, Kate Gorringe-Smith.

“The project is designed to raise community awareness of the biodiversity and value of our migratory shorebirds,” Kate said.  “Regrettably, these migratory waders are amongst our fastest declining groups of birds. By inviting artists to help make them visible through a personal response, we aim to create an informed and interwoven community which cares about these extraordinary shorebirds and the critical habitats they depend on for survival.”

Participating printmakers from Australia and New Zealand submit two copies of their print, one to exhibit and the other to sell. So far, Kate has received 250 prints from over 200 artists, and 17 printmaking groups have joined the project. Together, they have raised and donated $10,000 to BirdLife Australia’s migratory shorebird conservation projects. 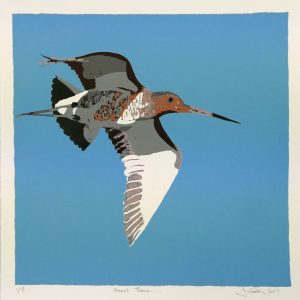 “When I launched the Overwintering Project in June 2017, I had no idea what I was starting. Since then we, the passionate Overwintering team of artists, organisers, galleries, communities and shorebird experts, have made a total of twenty-five exhibitions happen across Australia and New Zealand, with a further seven in the pipeline.

An exhibition was held at the Mandurah Performing Arts Centre in October 2019. Another is planned for WA by the  Printmakers Association of Western Australia (PAWA) and the Swan River Estuary Reserves Action Group to correspond with World Migratory Bird Day. Details below (dates subject to Covid 19 situation):

Overwintering Project: Summer on the Swan 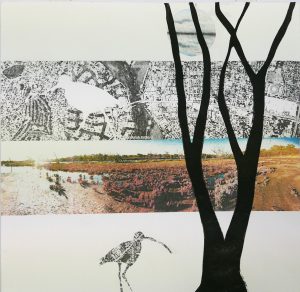 PAWA is inviting its members and other WA artists to create prints that respond to the unique nature of the shorebird habitat provided by the Swan Estuary Reserves Marine Park and other important local resting and foraging sites-such as Thomson’s and Forrestdale lakes. To register interest in contributing, please email Shelley Cowper at shelleyc@iinet.net.au or PAWA: admin@pawa.org.au.

Kate Gorringe Smith is still accepting prints for the Overwintering Project and can be contacted on 0432322408 or overwinteringproject@gmail.com.