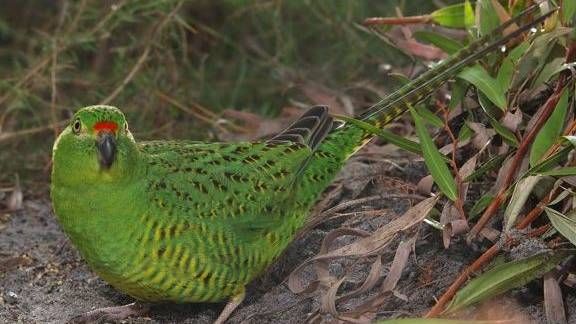 The population of the Western Ground Parrot has steadily declined due to land clearing and introduced European predators. Over the past four years, 80 per cent of the bird’s last remaining habitat in Cape Arid National Park and Nuytsland Nature Reserve in the State’s south east has been destroyed by successive bushfires.

Today, it is estimated that there are fewer than 150 of these flightless wild parrots remaining. As one of the world’s most critically endangered birds, it is in danger of extinction.

As part of the action plan, the Department of Biodiversity, Conservation and Attractions in collaboration with the Friends of the Western Ground Parrot and BirdLife Australia is taking additional measures to protect birds remaining in the area from introduced predators such as cats and foxes.

Feral cat baiting around core habitat areas is set to relieve increased pressure on the species resulting from the most recent habitat reduction. Further actions will include the protection of unburnt habitat, replacement of permanent audio recording units used to determine parrot population and the development of a translocation strategy.

Environment Minister Stephen Dawson said the impact of the bushfire was reduced thanks to the efforts of firefighters.

“DBCA identified early that an immediate response to the fire would be critical to protect the remaining habitat from introduced predators and further fire,” he said.

The Western Ground Parrot (Pezoporus flaviventris), also known as ‘Kyloring’, is a secretive bird which only reveals itself for minutes at dawn and dusk as its beautiful bell-like calls resonate through its remote heathland home. The rest of the time, it is virtually invisible thanks to its outstanding camouflage, elusive nature and the ground-foraging habits from which it takes its name.

In 2003, the Department of Parks and Wildlife established the Western Ground Parrot Recovery Project. Monitoring, recording and tracking have added to the body of knowledge about this elusive bird. Perth Zoo is also a long-standing champion of the efforts to save this critically endangered parrot from extinction. In 2014, it created a specialised home for a small number of Western Ground Parrots in the hope of establishing a successful breeding program.