Tim Winton is one of Australia’s most celebrated authors. Photo credit: TBI Vision

A three-part documentary series on Western Australia’s Ningaloo coast has been written and narrated by renowned WA author and conservationist, Tim Winton.

Tim Winton, a WA Parks Foundation Ambassador, draws his prime inspiration from landscape and place, mostly coastal WA. In the Ningaloo with Tim Winton series, he will share stories of this biodiversity hotspot – the people and animals drawn to the UNESCO World Heritage site on the northwest coast of Western Australia.

Ningaloo contains one of the largest fringing coral reefs on earth and is home to an astounding diversity of land and marine wildlife. Around 30,000 whales (Humpbacks and others) pass through Ningaloo’s waters on their annual migration, sometimes stopping to rest, shelter, and play in the calm waters of Coral Bay. 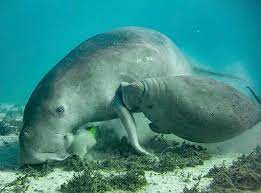 It is one of the best places in the world to encounter the remarkable whale shark, the world’s largest fish and several species of sea turtles aggregate in the area and nest along the beaches.

The endangered dugong is found in the waters of the Ningaloo Marine Park and sea snakesare common. The region’s caves (subterranean and aquatic) are refuges for ancient troglobites and stygofauna.

The series will highlight main ecosystems – Ningaloo Reef, Cape Range and Exmouth Gulf, showing how they interact with each another and how they have evolved over time.

“This is a deeply personal journey for me,” Tim Winton said. “Ningaloo has had an enormous impact on my life and work, and this is a once-in-a-lifetime opportunity to pay homage through new science, ancient knowledge and a shared ethic of stewardship.”

The series will premiere on the ABC and internationally in 2023.