Meet the Snubfins. Or not.

Wildlife tours come with a caveat. Or should do. Because whatever mammal, fish or bird gets star billing on the brochure, it will not appear on demand.

But that’s no reason NOT to take the tour!

So to Broome. It’s mid-May, the beginning of the Kimberley dry, and Roebuck Bay* is banded with tropic blues. Orcaella’s crew, also in blues but less subtle shades than the ocean, are young and welcoming – Rebecca, Matt and Beth. During the three hours on board they’ll serve strawberry cream scones, ham filled croissants and fruit skewers for dessert. 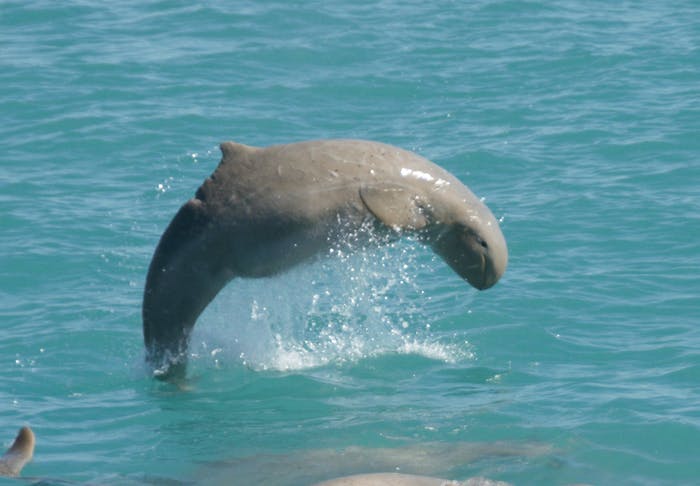 Skipper, Cameron Birch, is older, and encyclopaedic about all things Roebuck, which is good since we’ve been promised Australian snubfin dolphins. But the Bay is clearly vast. How will he find them?

If you’ve never heard of snubfins that’s understandable.  They were only described as a separate species (orcaella heinsohni) in 2005. Which explains the name of Cam’s 50-foot boat.

The local Bardi people surely knew about snubfins. Maybe William Dampier caught a glimpse from the deck of Roebuck in 1699. But according to Cam they are desperately shy. Their closest relative is the killer whale. Strange then that they should be shy.

So Orcaella carved through all the blues, from one side of Roebuck Bay to the other, to the place Cam was sure the snubfins would be.

In the meantime, there was a supporting cast to be pointed out and explained by the skipper. 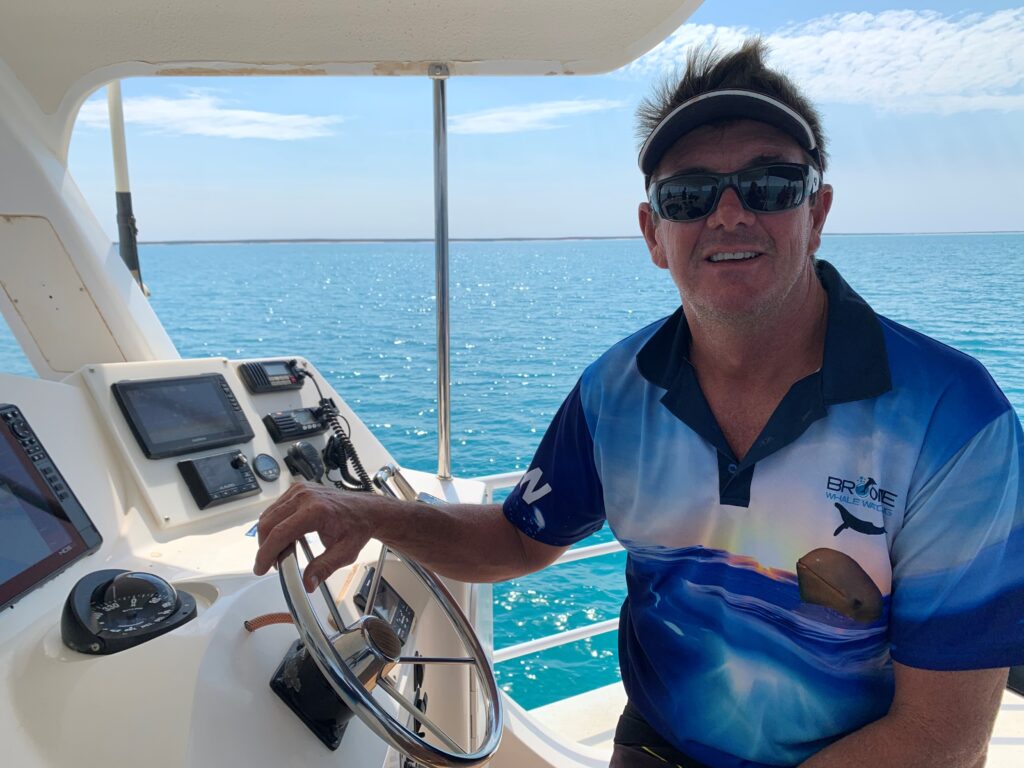 First, a superb manta ray. It seemed untroubled by Orcaella’s closeness as it scooped up plankton from the surface. Cam stressed that mantas have shark family connections. This was reinforced later by a remora attached to another manta. Remoras obviously know that mantas are really just flat sharks and good for a ride!

There were green turtles, a flock of flying fish (is that the right collective noun?) and most fascinating, a bait ball, whose component parts of small fish were being dined on by small sharks. Nature is harsh.

It was dolphins that showed another, almost human side to wildlife in the Bay. Mothers would catch and release fish for their babies to catch, repeating the process again and again until the young ones had learned the lesson.

But these were bottlenose dolphins. Where were the Australian snubfins? Nowhere. It was time to turn back to Broome Port.

Which of course is exactly when the snubfins were spotted by the skipper, far to the stern. Too late.

So, if not the snubfins, what then are the takeaways from this cruise? An environment of blues; a beautiful comfortable boat with a strange name; easy hospitality and wild creatures to wonder at. But most of all I will remember the careful consideration shown to all these animals by Cameron Birch as he guided Orcaella through their domain.

We were visitors after all.