Protecting the threatened fairy tern on the coastline from Fremantle to Bunbury is the aim of a community-led strategy launched recently.

The Lower West Coast Conservation Strategy for the Australian Fairy Tern was prepared by the participants in the WA Fairy Tern Network, supported by a grant from Fremantle Ports.

The new strategy provides a framework for organisations and community groups to help protect fairy tern colonies during their crucial breeding period.

Supporting organisations include the Department of Biodiversity, Conservation and Attractions, the Department of Primary Industries and Regional Development, Fremantle Ports, Bunbury Ports, the Ministry of Defence, the cities of Melville, Cockburn and Mandurah, Birdlife Western Australia and coast care groups.

One of Australia’s smallest and rarest seabirds, the fairy tern measures less than 25cm from bill to tail and is distinguished by a distinctive black ‘head cap’ and bright orange bill. 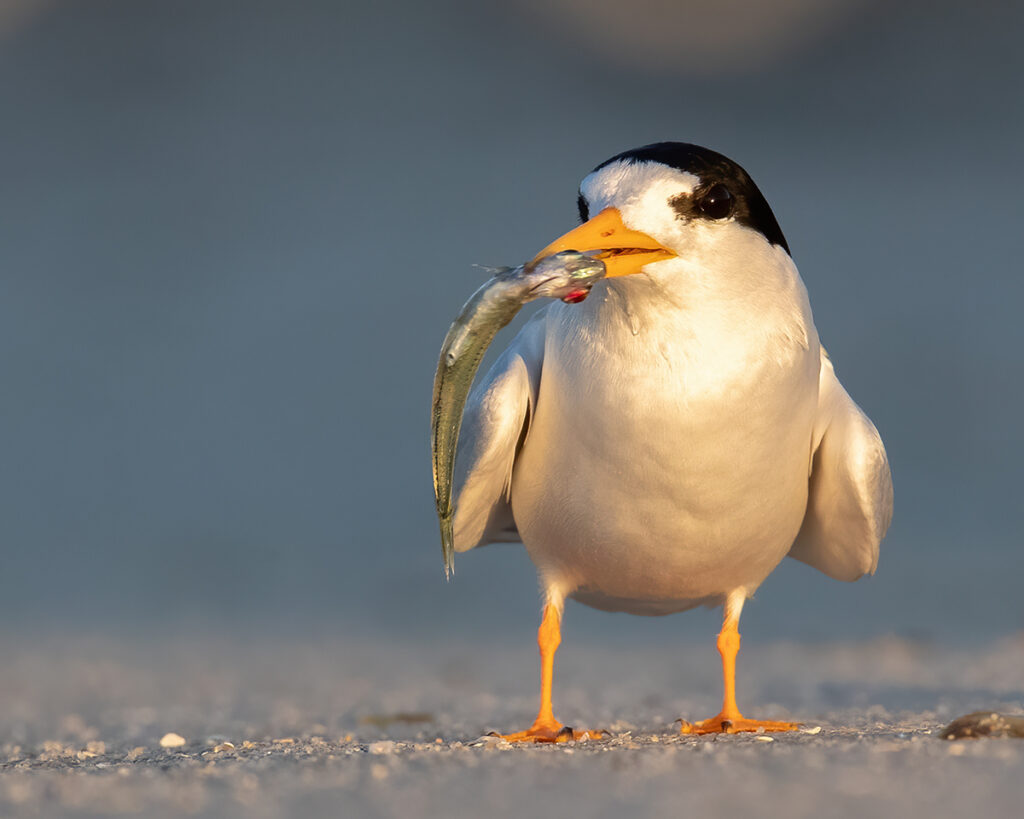 Hardyheads are among the preferred prey species for our Fairy Terns. Photo credit: Claire Greenwell

It is estimated that WA has fewer than 3,000 breeding pairs and of these, around 700 pairs breed in the Perth Metropolitan region.

As the birds build their shallow nests on sandy beaches and near estuary mouths during the summer months, they are vulnerable to coastal development, coastal recreational activities and predation from feral and domestic animals. Shoreline inundation during storm surge events can also be catastrophic. It is not unusual for entire colonies to be inundated.

Fairy terns are very choosy in selecting breeding sites and the colonies move around.  What might attract them one year is not necessarily where they will breed and raise their young the following season.

“Other contributing factors may include food supply, habitat availability and the social attraction of spotting other birds nesting in a particular location, “she said.

“Six years in a row at Rous Head, Fremantle was something of a record, but since the 2018-19 season, the fairy terns have not returned to what has been a very successful nesting and breeding site.”

Fairy terns were the subject of Claire’s PhD at Murdoch University. She is now Citizen Science Manager for the Conservation Council of WA (CCWA) and Convenor of the WA Fairy Tern Network, which was established by CCWA in 2015 to coordinate a collaborative approach to protecting these little birds

The largest colony in the metropolitan area this summer, with 350 nests, was located at in Pyramids Beach north of the Dawesville Cut.

A fairy tern colony at the Point Walter spit in the Swan River has also had a productive season, with around 130 nesting pairs accessing a plentiful supply of baitfish in Freshwater Bay. 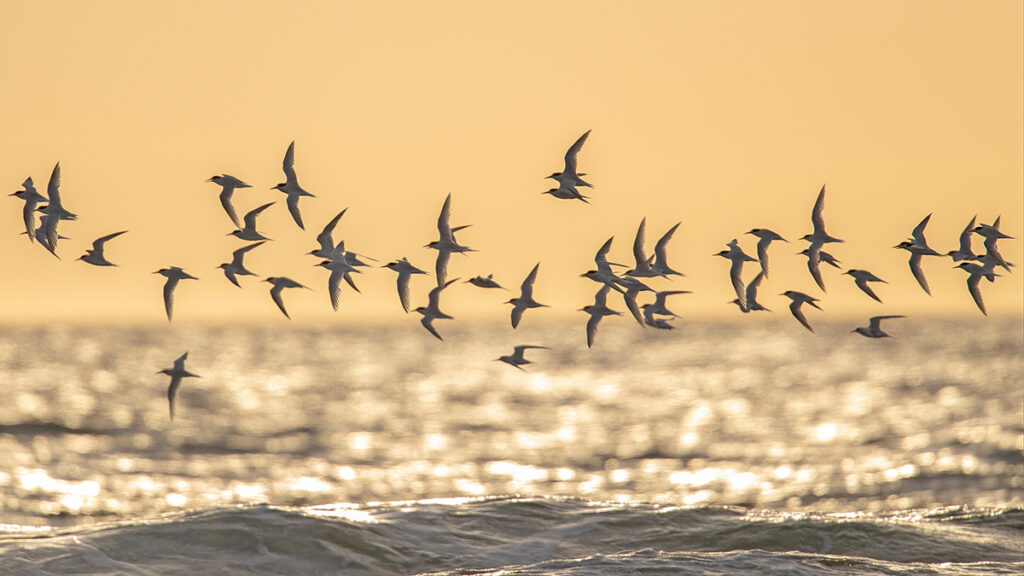