From January to early April, one of the largest known pods of orcas (killer whales) in the Southern Hemisphere congregates in the Bremer Canyon located 70 km offshore from Bremer Bay.

Cruises to see these incredible marine creatures in their natural habitat as they hunt, sleep, swim and play run from January to April.

Charter boats depart from Bremer Bay, with options to join a bus from Albany to Bremer Bay as part of a tour.

Bremer Canyon is located within the Bremer Marine Park, a 4472 km2 area which protects habitats ranging from shallow coastal waters to the deep ocean. The canyon is one of a group of submarine canyons. It descends  from the slope of the continental shelf to depths of up to 5000 metres.

As cold water from extreme depths funnels upwards it brings nutrients used by phytoplankton and microscopic plants that provide a rich source of food for larger marine species. The profusion of large marine mammals and other marine life in this region has been described as one of the most astonishing aggregations anywhere on the planet.

The Noongar people have responsibilities for sea country in the park.

Bremer Bay is a quiet little settlement located 173 km east of Albany on the edge of the Fitzgerald River National Park. Its setting on one of Australia’s most pristine coastlines, its peacefulness and its attractions such as swimming, fishing, surfing, whale-watching and bushwalking make this an unforgettable place to visit.

The Fitzgerald River National Park is one of Australia’s largest and most botanically significant national parks. Within it are found nearly 20 per cent of Western Australia’s floral species, many of which occur only within its boundaries. 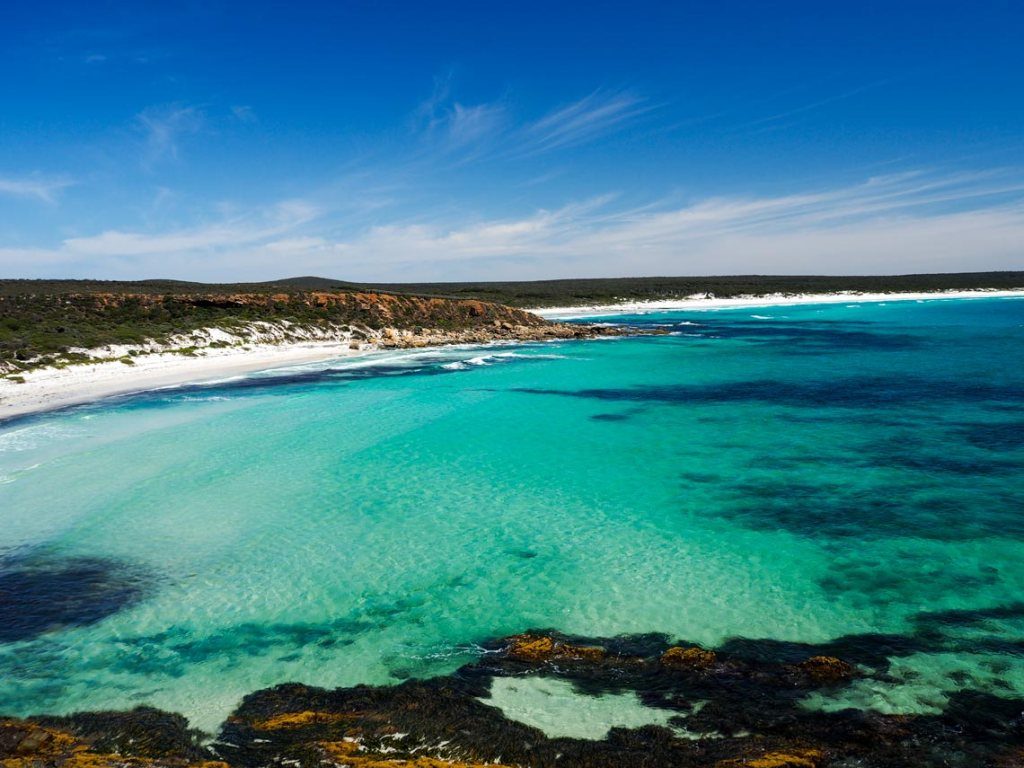