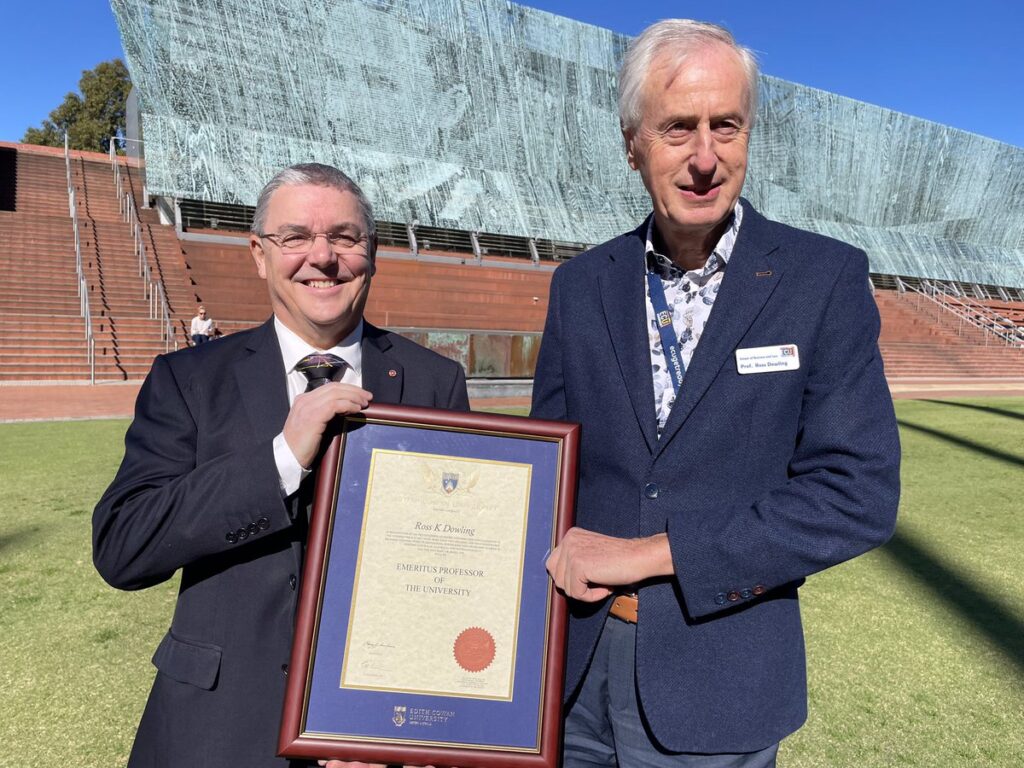 The award was given in recognition of Professor Dowling’s “distinguished academic contribution and leadership in the tourism field at Edith Cowan University for more than two decades; and his considerable broader contributions to geotourism, ecotourism and cruise ship tourism in Western Australia, Australia and internationally”.

Professor Dowling is the university’s first Professor of Tourism, having been appointed in 2003, and also became the Chair of Cruise Western Australia in 2012.

He very ably chairs the WA Parks Foundation Ambassador Advisory Committee and has a great interest in the geology of Western Australia’s national parks and its influence on flora and fauna biodiversity.

A recent article written for Landscope by Professor Dowling on the subject of WA’s mega geology can be read here.