Western Australia’s quendas (Isoodon fusciventer), a type of bandicoot, are undeniably cute. These quirky marsupials with pointy snout, round rump and short tail are also known to be great little ecosystem engineers.

After collecting the soil from 20 of the small marsupials’ foraging pits, 20 associated spoil heaps and 20 from undisturbed soil, the team measured the height and maximum growth of Tuart seedlings over a four-month period. 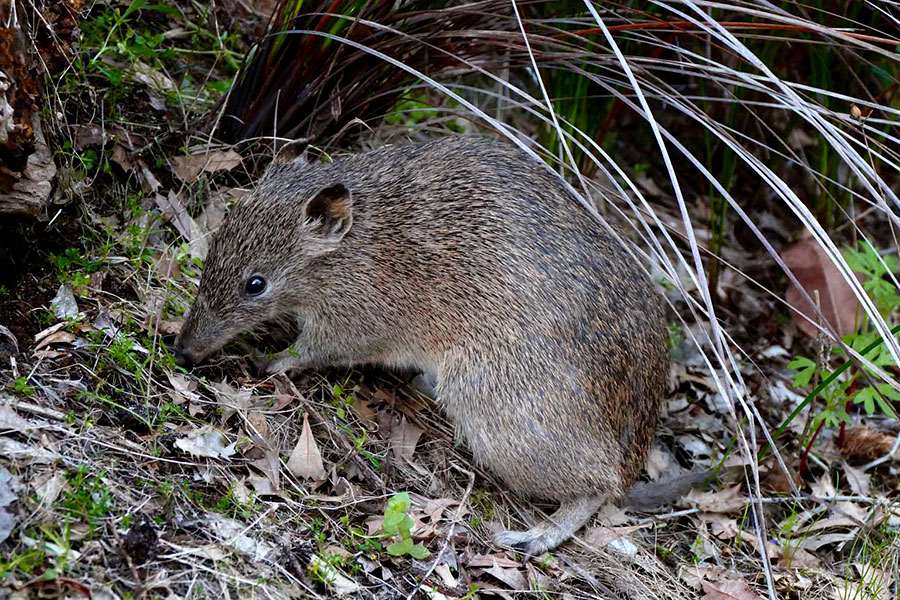 They found the soil from spoil heaps dug by quendas had the highest levels of potassium and electrical conductivity, leading to seedlings with taller, heavier and thicker stems.

The better conditions for seedlings to grow are believed to result from quendas’ digging, which encourages leaf litter decomposition in the soil, providing extra nutrients for seedling growth.

Dr Valentine says that although a quenda weighs only about 800 grams it digs up to 45 soil pits per night, amounting to up to four tonnes of earth per year.

Quendas are widely distributed near the south west coast from Guilderton north of Perth to east of Esperance. They have a patchy distribution through the Jarrah and Karri forest, the Swan Coastal Plain, and inland as far as Hyden.

Quendas are a threatened species, with many populations in decline but happily, sightings and recordings in Kings Park are on the rise.

The Department of Biodiversity, Conservation and Attractions is interested to know of quenda sightings. If you see one, you can send a fauna report form (on the Department’s website) to fauna@dbca.wa.gov.au.

The rescue, rehabilitation, and relocation of stranded cygnets at Armadale’s Forrestdale Lake has become almost an annual event. As the…