An impressive quilted banner inspired by the beauty and uniqueness of Western Australia’s national parks and reserves has been presented to the WA Parks Foundation by members of the West Australian Quilters’ Association.

Thirty-nine quilters contributed to the banner which is designed to promote the WA Parks Foundation’s Spring into Parks program of events. It is made up of individual mini quilts depicting WA fauna, flora, geological features and Aboriginal cultural aspects.

The hand-sewn banner was presented to WA Parks Foundation Chair, the Hon Kerry Sanderson AC, CVO at a morning tea at the Zamia Café in Kings Park. 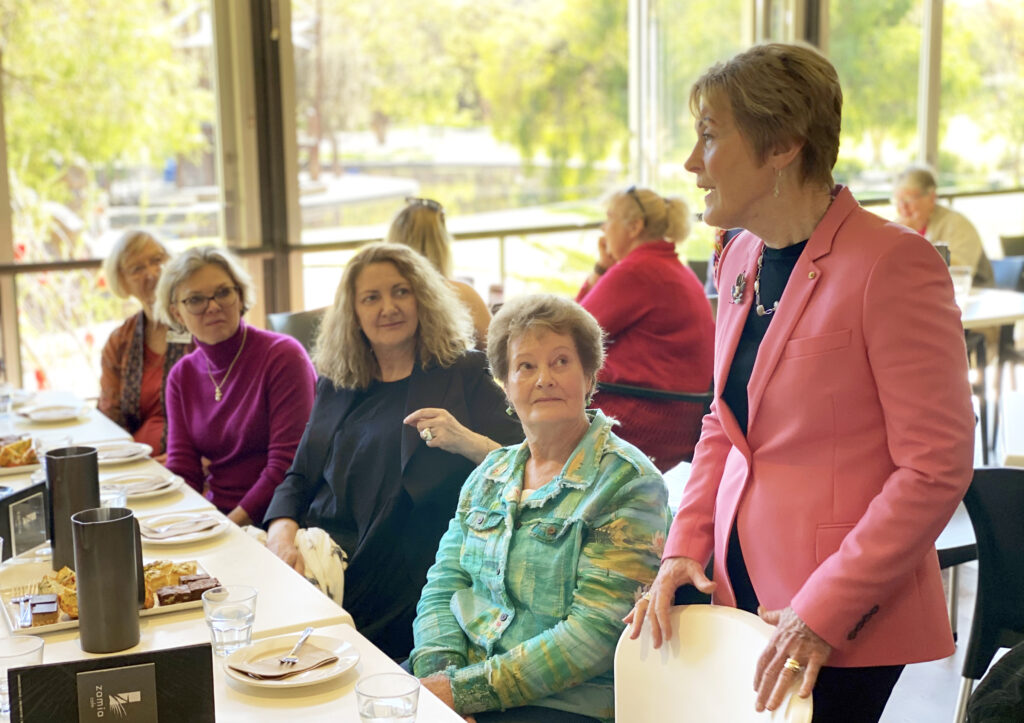 “The Foundation is delighted to receive this beautiful banner, Kerry Sanderson said.

“It is greatly appreciated for the creativity and skill that has gone into its making.

“This gesture from our WA quilters is also a wonderful example of community support for the Foundation’s Spring into Parks initiative, encouraging people to experience and enjoy WA’s wealth of national parks and reserves.”

The banner project had its origins in an approach made by the WA Parks Foundation to a talented group of quilters who made 21 quilts for the 2019 Mount Magnet Astro Rocks Fest. 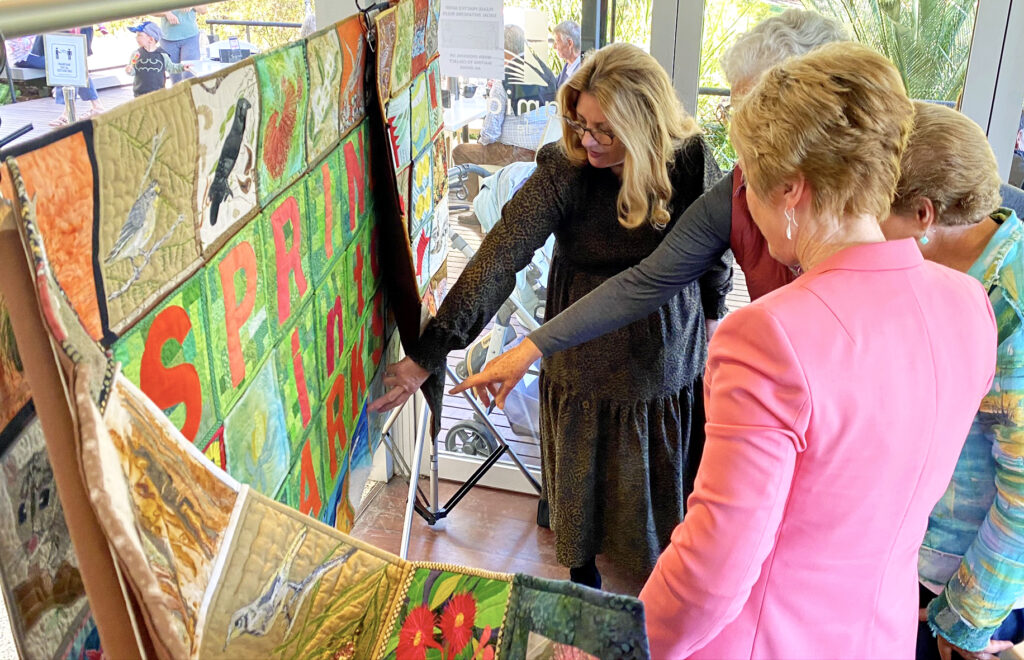 Those quilts by the Mount Magnet Quilt Project group depicted geological landscapes and the night skies of the Murchison and northern regions as well as other places that have astro links for Aboriginal people. The quilts were included in an exhibition held at the Wirnda Barna Art Centre and Gallery in Mount Magnet.

The West Australia Quilters’ Association provides a social network for those interested in quilting in Western Australia. As well as sharing and preserving quilting knowledge, members and the Association are involved with community activities and events.

The rescue, rehabilitation, and relocation of stranded cygnets at Armadale’s Forrestdale Lake has become almost an annual event. As the…