Conservation efforts for the western swamp tortoise, one of the world’s most critically endangered reptiles, are making a difference. The population of this rare Western Australian species has been boosted  as a result of a record breeding year and new releases to the wild. 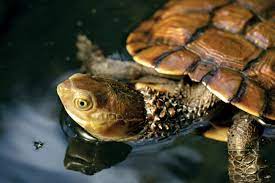 Since 1989, Perth Zoo has bred more than 800 Western Swamp Tortoises of which 600 have been released to boost their numbers in the wild. Photo credit: Perth Zoo

This season, 65 western swamp tortoises were successfully bred at Perth Zoo, and a further 73 older zoo-bred animals have been released into habit in the South West. The hope is to develop a new, self-sustaining population.

The Department of Biodiversity, Conservation and Attractions and researchers from the University of Western Australia’s School of Biological Sciences released 16 tortoises east of Augusta and a further 57 into a swamp at nearby Scott National Park. Forty-eight tortoises were fitted with radio transmitters and data loggers.

This translocation effort follows a pilot program in the South-West to determine whether these types of habitats were suitable for the species.

These habitats are protected and managed for biodiversity conservation and are included in DBCA’s Western Shield program, which conducts routine fox control to protect vulnerable native wildlife like the western swamp tortoise from the threat of predation. Western Shield is actively reducing the impact of foxes and feral cats on WA’s native animals, with a particular focus on threatened species.

The new habitats could complement areas of remnant bushland north of Perth which continue to provide critical habitat for the survival of the western swamp tortoise.