In a meticulously planned operation, scientists and volunteers have translocated a number of critically endangered Western Ground Parrots to a new location in the State’s lower southwest.

Despite considerable investment and action in recent years, it is estimated that there are fewer than 150 remaining in the wild.

Staff from the Department of Biodiversity, Conservation and Attractions (DBCA), supported by Friends of the Western Ground Parrot, Birdlife WA and other volunteers, have spent weeks in a remote national park working on the translocation project. 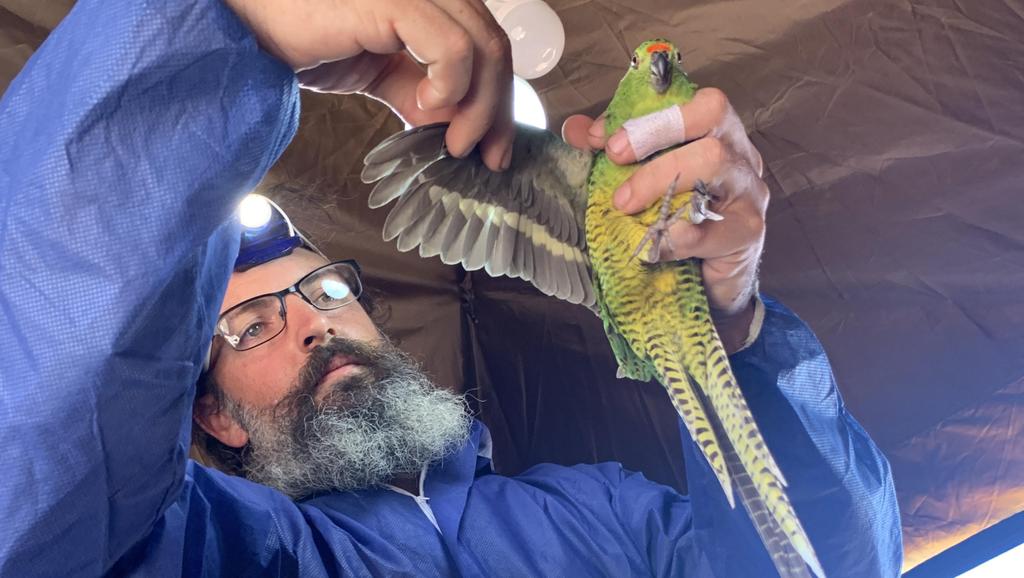 The delicate intervention involved locating and capturing a small number of the parrots, with a vet and zoologist from Perth Zoo on-site to assess the birds in preparation for travel.  Several birds have been transported in specially designed cages, fitted with monitoring devices and released at an undisclosed remote location east of Albany.

This new location has been prepared over the past year and a half, including feral animal control and fire management carried out by DBCA staff. This is in addition to climate modelling and assessment of a range of potential release sites to ensure the best possible chance of success in the bid to establish a new, self-sustaining population.

WA Environment Minister, the Hon Amber-Jade Sanderson congratulated DBCA, volunteers including the Friends of the Western Ground Parrot, Birdlife WA and other partner organisations for their part in this critically important conservation effort.