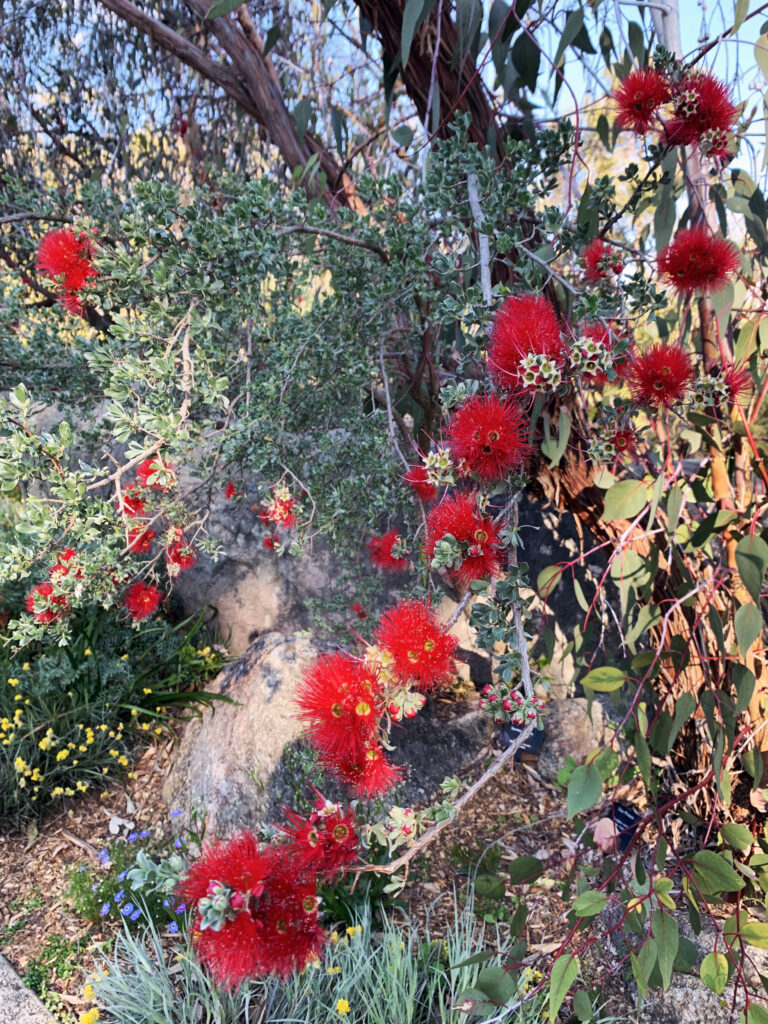 Granite Kunzea (Kunzea pulchella) putting on a gorgeous display in Kings Park for the Spring Festival.