2019 April. The weather is mild for the south coast. A small group on holiday in Walpole joins a larger group on a boat tour of the two inlets, led by the bare-foot, bare-legged and bald, Gary Muir. He is hilarious, educational, a non-stop talker, and his cake at half time is delicious. At the end of the day the paying punters are ecstatic. 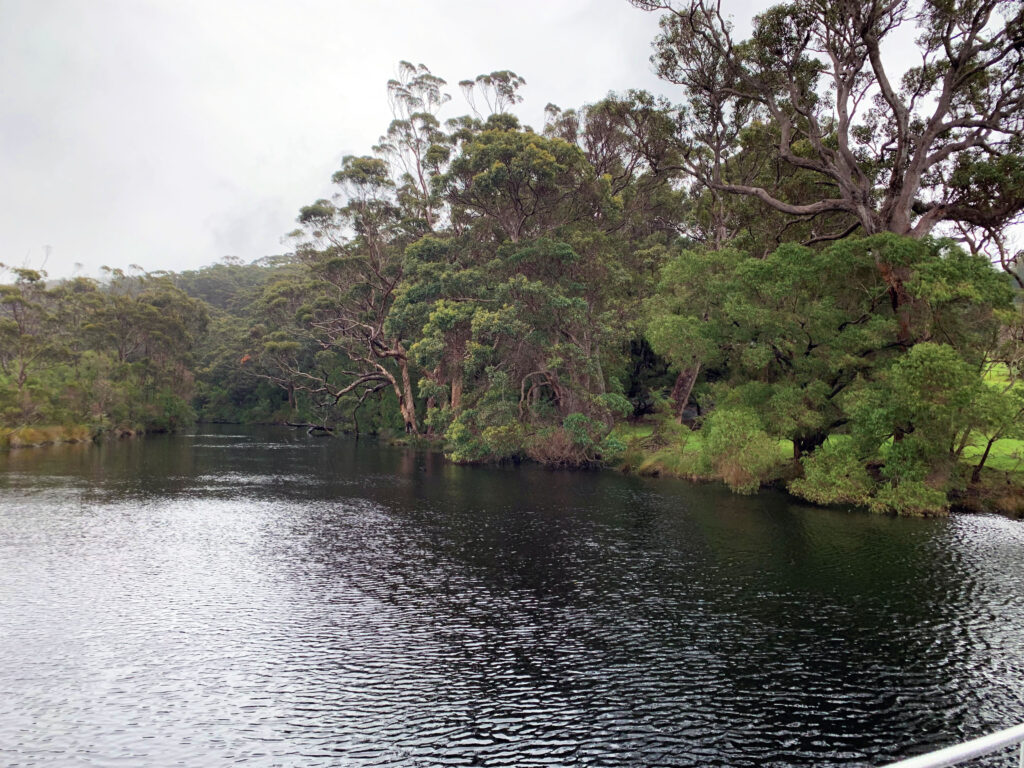 Deep River flows through forested areas of the Walpole-Nornalup National Park to the Nornalup Inlet.

2020 September. The weather today is appalling. As a result, we number only three for Gary’s Sunday exploration. But at least we’re back in Walpole, and despite Heraclitus we are stepping into the same river, twice.

Well not quite. Because the water level is so high, Gary offers to change the usual journey and instead take his boat up Deep River which flows into Nornalup Inlet. Deep River! It should be the title of a movie – part African Queen, part Heart of Darkness. And we never knew it existed. But then we didn’t know a lot of the things we are about to find out!

A taster. Did you know the 13th Premier of Western Australia was called Moo-cow Mitchell, probably behind his back? Because wherever Mitchell saw karri trees, Gary says, he saw cows grazing. Is this name documented? Yes it is!

Gary’s performance (because it is indeed a one man show) scatters historical, biological and botanical facts as well as family titbits – all of it relating to his beloved hometown.

Walpole, he announces, has international connections.

For instance, a connection to Russia, via Tolstoy, and to someone else whose name Gary pronounces so musically that I am entranced and forget who he was.

And to France. Who’d have thought the pioneering Bellangers are here because the original Bellanger immigrant once worked on the Dreyfus case, and consequently found Paris too hot for comfort?

Even Norway. A bunch of Vikings whose ship was wrecked on Mandalay beach (named after the wreck) were rescued by locals, which pleased the King of Norway, Gary says. 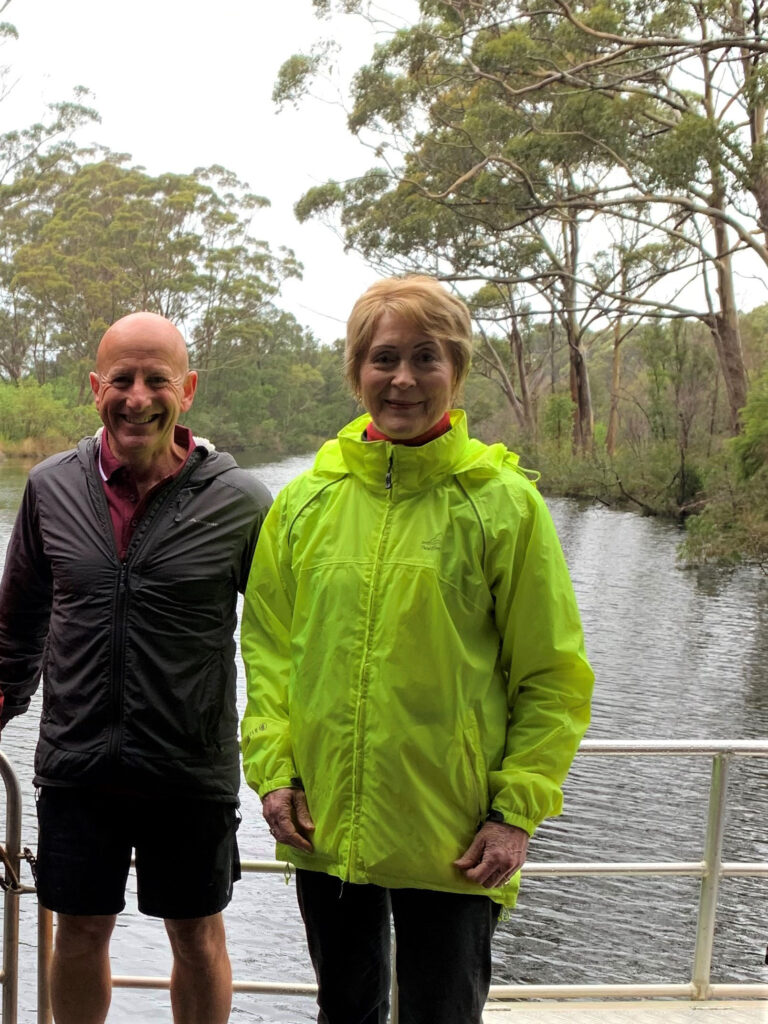 And there are quokkas in the bush, but they don’t do selfies. More interestingly they eat plants that contain fluoroacetate, the poison 1080. The equation is simple – predator eats quokka, predator dies, predators learn their lesson and quokka is off the menu.

Armed with ancient photographs and books the stories keep coming. Like this personal Muir factoid; Gary’s mother, blond, beautiful and English, comes out to be a governess on a cattle station. En route, at Three Springs, she meets a bare-chested roo shooter who will be Gary’s father. Something like this has been filmed by Baz Luhrmann, I think.

And Gary’s Nornalup Bank Robbery story!  It’s gut achingly funny but if the cops and crims involved ever get to hear his version, it’s probably also actionable!

There is much, much more, but no room here for it, except for this final mantra from Gary:

“There’s the North Pole. The South Pole. And in between there is Wal-Pole.”

Walpole is the centre of the world, the navel, the belly button, the omphalos if you want to stay with Heraclitus. And honestly, after two hours up Deep River, you believe it actually is.

I rest his case.