In another of our Spring into Parks events, participants in a guided tour at Walyunga National Park, had an opportunity to hear about some aspects of Aboriginal way of life in the area before European settlement.

Dale Tilbrook (Director of the Maalinup Aboriginal Gallery) took her visitors on a short walk through the bush recently to see the remnants of yam gardens. She explained the important role these tuberous vegetables played in the traditional Noongar diet and how the yams were tended and seasonally harvested. 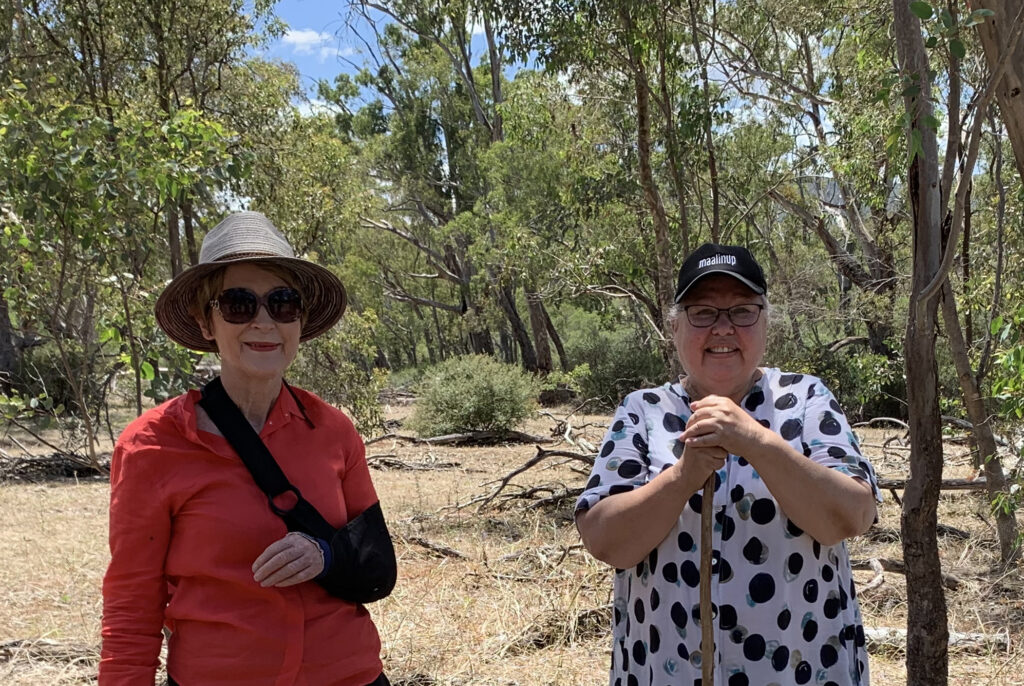 Dale also provided some insight on the characteristics of the six seasons of the Aboriginal calendar, Birak, Bunuru, Djeran, Makuru, Djilba and Kambarang and how each represented a different period of activity.

The highlight in the second part of the program was experiencing Dale’s culinary talents.  Her bush tucker tasting spread, providing a selection of savoury and sweet treats plus billy tea, was an absolute delight. 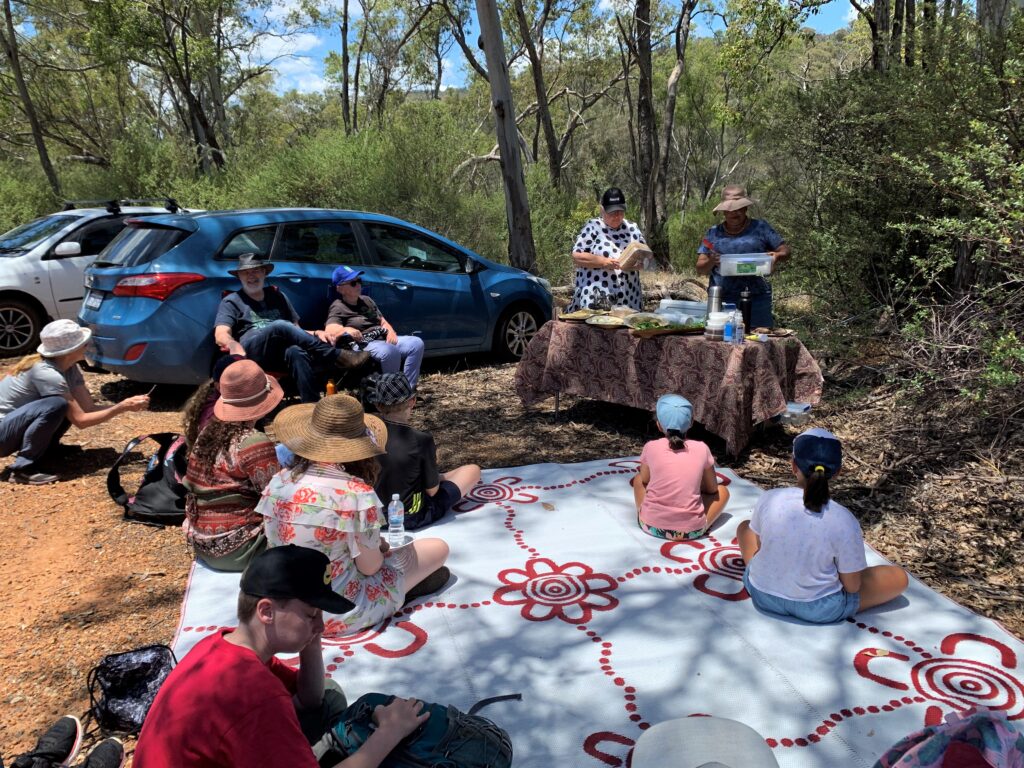 Dale is a Director of the WA Parks Foundation Board and a Park Ambassador. Her assistant on the Walyunga tour was Tahn Donovan.

The Walyunga event was supported by the WA Parks Foundation.