Understanding why old landscapes such as Western Australia’s Southwest are so biodiverse is an enduring area of interest and expertise for world renowned plant conservationist, Professor Stephen Hopper AC.

Professor Hopper was the Foundation Professor of Plant Conservation Biology at The University of Western Australia. He is a former Director of Kings Park and Botanic Garden, former CEO of the Botanic Gardens and Parks Authority in WA and was Director of the Royal Botanic Garden Kew, in London (2006-2012).

His long-held theory that the richest, most endemic ecosystems grow in the oldest, most infertile landscapes has been confirmed in new research which has involved 115 international scientists across sites in Australia, Brazil, New Caledonia, South Africa and California. 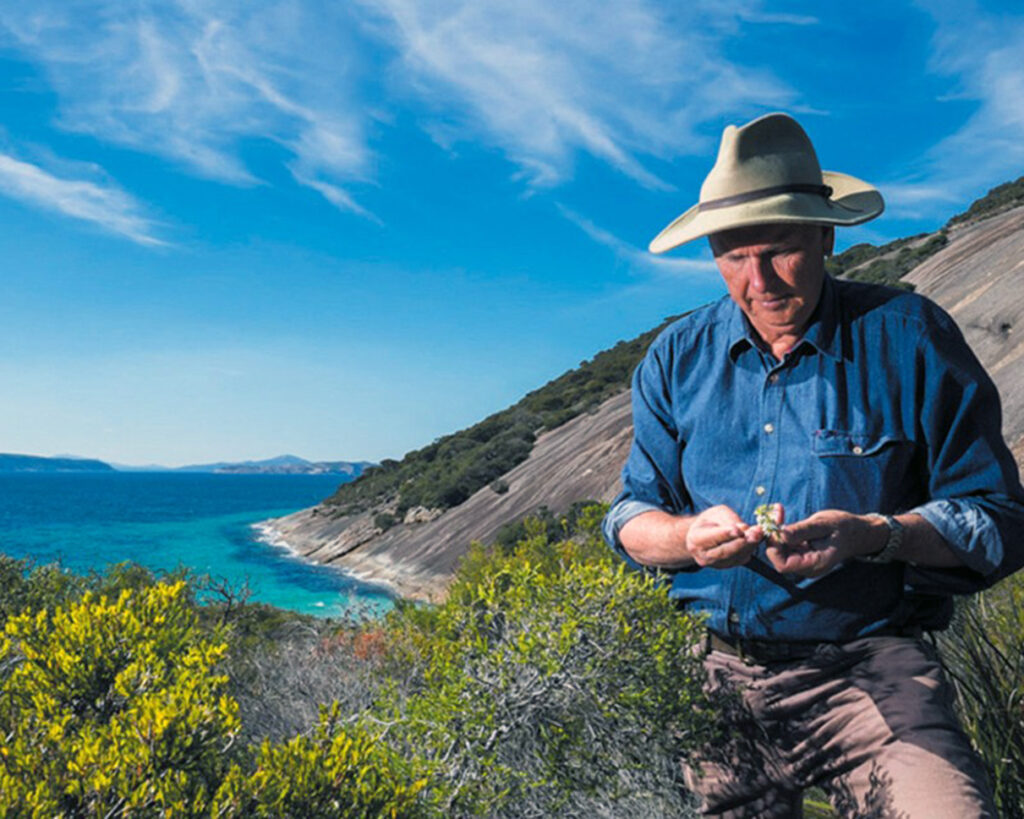 The work providing evidence of a global pattern has been published in 22 papers in the Biological Journal of the Linnean Society, a direct descendant of the oldest biological journal in the world, which published the papers on evolution by Darwin and Wallace.

“Landscapes of this type are recognised in 15 of the world’s 36 Global Biodiversity Hotspots (including Western Australia’s Southwest) and eight other regions worldwide.

“Confirmation that such landscapes are among the richest in biodiversity will assist in understanding the evolutionary, ecological and conservation attributes of certain flora and fauna.

“Understanding the factors involved in biodiversity is important for conservation. The flora and fauna in areas that have been undisturbed for vast periods of time are highly sensitive and can be permanently damaged by societal activities.

“Catering for the growing popularity of mountain biking is an example, “Professor Hopper said.

“The challenge is to devise new ways to slow the rate of loss of biodiversity.”

Professor Hopper now has a joint appointment with UWA’s Albany Centre and School of Agriculture and Environment.

The WA Parks Foundation is proud to number this distinguished scientist among its Park Ambassadors.

Among the key strengths of the WA Parks Foundation are its 51 Park Ambassadors.  These are people who love our…