Did you know Western Australia is home to four truly unique world heritage sites? Three of which are all natural and all about the great outdoors. Sometimes it’s so easy to forget how unique and special our own backyard is, yet there’s no better time than now to get out into it and get exploring.

Coast along the Ningaloo Coast

Having recently celebrated the tenth anniversary of the Ningaloo Coast being listed as a world heritage site, there’s never been a better time to explore this natural wonder. 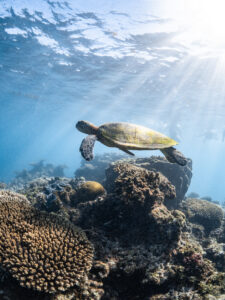 Marine life along the Ningaloo Coast

Some of the world’s most interesting and diverse underwater creatures are only a short snorkel away, Ningaloo being the world’s longest near-shore reef. This super accessible reef is home to more than five hundred different species of fish including the spotlight stealers; whale sharks, manta rays, turtles and the most curious of creatures; the dugong.

So if you’re looking to have an incredibly close encounter this winter, sign up to swim with Ningaloo’s resident Whale Sharks, one of the world’s biggest fish. Or hop aboard a glass bottom boat and watch as the turtles dive deep beneath you. With so much wildlife crammed into just one reef, you’re guaranteed to get to know these locals on a much deeper level.

Ningaloo isn’t just home to a diverse array of species, but accommodation too. Local settlements including Coral Bay and Exmouth – the latter being accessible by plane – are an exciting two days drive from Perth with heaps of wonderful stop offs on the way. Upon arrival there’s accommodation to suit every kind of traveller. From powered and unpowered sites to plug in a campervan or 4WD, to glamping, simple cabins or even spectacular beachside Airbnbs’, these seaside towns have so much to offer both above and below the water.

Beyond snorkelling the reef itself there’s plenty to do on shore including multi day hikes, exploring the local visitor’s centres, 4WD tracks or simply hanging out at a local café or bakery and just soaking up everything that this remote, yet rich World Heritage Site has to offer.

The orange and black sandstone domes that give the Bungle Bungles its name and distinctiveness are reminiscent of an alien planet straight out of a Star War’s film. They are also one of the world’s oldest, and most fascinating geological landmarks. Being over 360 million years old the many years of erosion have transformed the terrain between these domes into stunning chasms and gorges that are now home to the most southerly patches of rainforest in the East Kimberley region. They’re definitely worth a stroll, or hike through.

Beyond these bizarre rock formations there are so many special species that call this alien landscape home and have become an attraction in themselves like the Nail Tail Wallaby and Lerista Bungle Bungle, an extremely rare skink.

This ancient landscape remains sacred to the Aboriginal people from this region, their deep respect and love of this region expressed through their stories, songs, art and continued visits to the many sacred sites throughout the Bungle Bungles. 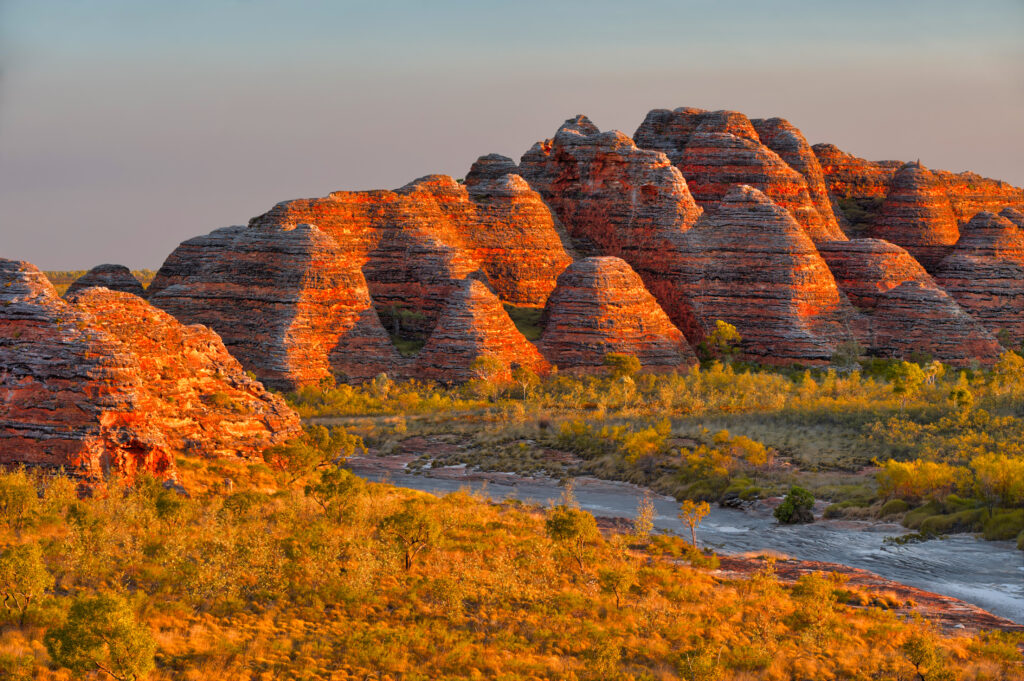 Have a close encounter at Shark Bay

As the name suggests, this stunning World Heritage site is home to a huge array of shark species. From the magnificent Tiger Shark to the troublesome Wobbegong, gentle giant Whale Shark to the shallow water dwelling sandbar shark, head out for a snorkel or ten, and pop into the tourism centre at Denham to learn about the many personalities of this fascinating species. 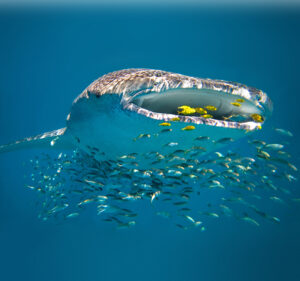 But sharks are just the tip of the Shark Bay food chain, the diversity of species found in the depths of this bay being almost as vast as its many sea-grass beds. These underwater meadows are the perfect home for this region’s most popular resident; the dugong.

These curious cow-like beings really are one of a kind and worth protecting. The protected species in Shark Bay don’t just cover the living, but also the dead…

Shark Bay’s Hamelin Pool is home to the most concentrated amount of ‘living fossils’ known as stromatolite, in the world. This rare ecosystem of bacteria is just as much in need of protection as the Bay’s other 26 endangered residents.

Want to learn more about the many other world-class sites WA has to offer? Sign up to the WA Parks Foundation newsletter and visit our Park Guide to plan your next expedition today.