Wattles put on a show

Kings Park Acacia Garden celebrates the beauty and diversity of our wattles.

Kings Park’s Acacia Garden was a delight to behold as we farewelled Winter and welcomed Spring.

Acacias are the largest group of woody plants in Australia, with over 1200 species occurring in habitats ranging from desert to riverine and displaying habits from groundcovers to trees. They comprise the largest native genus in Western Australia, with most favouring arid or semi-arid zones, hence the design choice of a dry watercourse for the hard elements of the Acacia Garden landscape.

Worldwide, the highest concentration is in WA’s wheatbelt. The Shire of Dalwallinu is dominated by acacias, with 185 species within a 100 kilometres radius – roughly equal to the number recorded in either the whole of Africa or the total in North and South America combined. 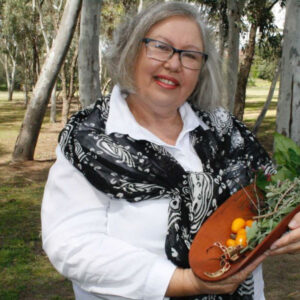 Dale Tilbrook has spent many years gathering cultural knowledge from her elders and other sources.

As a Director of the Maalinup Aboriginal Gallery in the Swan Valley she is contributing to the Spring into Parks 2021 program with a bush tucker experience at Walyunga on 16 October.

Find out more about this event and book tickets here.

Soften butter and blend in the soaked wattleseed. Allow to stand.